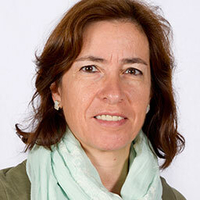 Biography
Rosa M. Badia holds a PhD from the UPC (1994). She is the manager of the Workflows and Distributed computing group at the Barcelona Supercomputing Center (BSC). She is a Scientific Researcher at the Spanish National Research Council (CSIC). She graduated on Computer Science at the Facultat d' Informàtica de Barcelona (UPC, 1989). She was lecturing and doing research at the Computer Architecture Department (DAC) at the UPC from 1989 to 2008, where she held an Associate Professor position from 1997 to 2008; she is currently part-time lecturing again at the same department.
Presentations
Workshop
International Workshop on Machine Learning Hardware

Live Stream
Pre-Recorded
Back to top