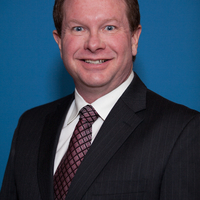 Biography
Dr. Wheat has been working with QCT since August 2019, where his role is to drive QCT HPC and AI solutions adoption in North America.
He also has an appointment as Professor of Computer Science at Oral Roberts University where he also services as the HPC Center Director.
Previously, Dr. Wheat spent 38 years in industry with roles in research, product development, and business management. His industry work started at Tenneco Oil and progressed to nearly 6 years at AT&T Bell Laboratories where he worked in the development of digital telephone switches and in the development of a production Data Flow computer for deployment by the US Navy for the “hunting” of submarines. He then went to Sandia National Laboratories where he applied his distributed systems skills to technology deployed for the monitoring and verification of adherence to the Intermediate Nuclear Forces Treaty between the USA and the USSR. He then returned to research at Sandia, developing novel technologies for High Performance Computing. His R&D there resulted in a highly parallel operating system for Massively Parallel computers. From there, Dr. Wheat joined Intel corporation, where he spent 20 years in various roles, most having to do with Intel’s product development for HPC. At Intel, he developed a passion for the “Missing Middle” and co-developed the Alliance for High-Performance Digital Manufacturing. He spent his last 2.5 years in industry at Hewlett Packard Enterprise, where he worked with customers world-wide on HPC solutions spanning from genomics to seismic imaging to manufacturing and more.
Dr. Wheat is the recipient of a Gordon Bell Prize (1994) as well as the Intel Achievement Award (1997), both associated with his advancing the technology in HPC. He has twice been recognized by HPC Wire as a “Person to Watch”. He was also recognized as one of NASA AMES’ 25 most influential people in their 25-year history for his contributions to NASA’s return to flight post the Columbia space shuttle disaster.
Dr. Wheat received his BS and MS in Computer Science at the University of Houston and his Ph.D. in Computer Science at the University of New Mexico.
Dr. Wheat is a Commercial Pilot and a Certified Flight Instructor for Multi-Engine Airplanes, including instructing for instrument-based flying. He also enjoys photography and running.
He and his wife of 40 years are now living in their original hometown, Tulsa, Oklahoma.
Presentations
Exhibitor Forum
QCT: Realize Your HPC/AI Potential with a Workload-Driven Approach