LocationPanorama 2
DescriptionIf you lived in another universe, the one predicted for almost two decades, this presentation would be about the first deployments of supercomputers capable of above one exaflopsof performance. The long-held extrapolation put these inaugural implementations and applications of the exascale era sometime in the time frame of last year, perhaps in the early fall (October was a usual guess). It had been thought that it would include instances of such gargantuan computers from China and the US, with Europe and Japan not far behind. But we don’t live in that alternative universe, at least not any more. While it is conceivable that by the time of this closing keynote is presented at ISC2020, China will have crossed this historic milestone. But probably not, and no one else will either. A conjunction of many trends has conspired to attenuate the once vaulted Moore’s Law. Costs have soared in recent years. Lifetimes of machines have lengthened extending their usage and declining replacement. The market itself is in a period of consolidation. But another big factor is the way in which HPC is used. And of these, a majority of applications tend to run on single nodes within such systems. Finally, research dollars are also being poured into other technologies like quantum computing, neuromorphic computing, and machine learning. This presentation will provide a fast-paced examination of the hottest trends across the international community and their rapidly changing priorities and strategies.
Speaker 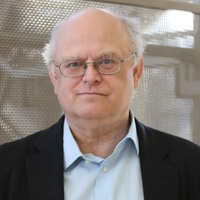