LocationPanorama 2
DescriptionAll-to-all (A2A) interconnection networks enable any node in the network to communicate to any other node at any given time without needing for path-setup and teardown overheads.
Due to limitations in reach, power consumption and bandwidth per interconnect such A2A topologies are limited to about 32 nodes within one hop. In the proposed talk, a topology of 256 nodes and beyond is investigated by leveraging the many-wavelengths-per-fiber advantage of DWDM silicon photonics technology. With the aim of understanding the practical limits, if any, of a single node communicating with many other nodes via one wavelength per node a power analysis is conducted.
Speaker 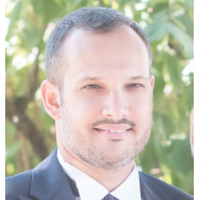