LocationDigital
DescriptionWe propose two new algorithms – Spring-Based MinorMiner (SPMM) and Clique-Based MinorMiner (CLMM) – which take as input the connectivity graph of a Quadratic Unconstrained Binary Optimization (QUBO) problem and produce as output an embedding of the input graph on a host graph that models the topology of a quantum computing device. As host graphs, we take the Chimera graph and the Pegasus graph, which are the topology graphs of D-Wave’s 2000 qubit (first introduced in 2017) and 5000 qubit (expected 2020) quantum annealer devices, respectively. We evaluate our algorithms on a large set of random graph QUBO inputs (Erdős-Rényi Gn,p, Barabási-Albert and d-regular graphs) on both host topologies against other embedding algorithms. For the Pegasus topology, we find that CLMM outperforms all other algorithms at edge densities larger than 0.08, while SPMM wins at edge densities smaller than 0.08 for Erdős-Rényi graphs, with very similar transition densities for the other graph classes. Surprisingly, the standard D-Wave MinorMiner embedding algorithm – while also getting slightly outperformed by SPMM for sparse and very dense graphs on Chimera – does not manage to extend its overall good performance on Chimera to Pegasus as it fails to embed even medium-density graphs on 175–180 nodes which are known to have clique embeddings on Pegasus.
Authors
Stefanie Zbinden
Student
ETH Zurich 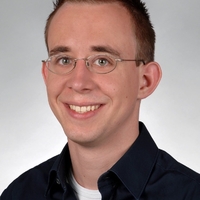