LocationAnalog 1
DescriptionWhile the top-notch of the supercomputers consist of millions of cores, most of the daily used clusters are made out of much modest amounts of compute nodes. These small to mid-range supercomputers are often used for embarrassingly parallel applications such as parameter surveys. The outcomes of those surveys are often used as a ground-set for either AI algorithms or human inspection in order to get a broad understanding of a phenomena.
The existing storage solutions for these supercomputers are either too simplified – such as commodity NAS storage machines – which yield poor I/O performances, or either too complicated – in the case of distributed file systems – which are both expensive and hard to deploy.
Infinidat® InfiniBox® is a novel parallel multi-tiered storage system that provides up to 12 network interfaces simultaneously. The system includes a group of algorithms called ‘Neural Cache’ that keep a connected history of every data section on the system and uses visibility into network traffic to the InfiniBox® in order to find patterns in data access and predict future I/O requests. Using these algorithms, InfiniBox® forecasts the expected I/O patterns and efficiently prefetches the data blocks into the fast tiers.
This work utilizes the IO500 benchmark to evaluate the performances of InfiniBox® in several I/O patterns. Our results show the suitability of the system to embarrassingly parallel applications on small to mid-range supercomputers. According to our results, InfiniBox® can be a cost-effective storage solution for many day-to-day HPC applications.
Poster PDF
Poster Authors
Harel Levin
Researcher
Nuclear Research Center - Negev 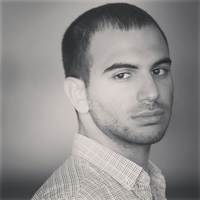