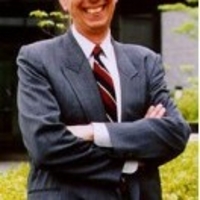 Biography
Dr. David K. Kahaner is the Founding Director of the Asian Technology Information Program (ATIP). He was formerly the Associate Director of the US Office of Naval Research Asia (ONR). He also spent more than thirty years at the US National Institute of Standards and Technology (NIST) (formerly the National Bureau of Standards) and the Los Alamos National Laboratory.
Dr. Kahaner has been examining both R&D and Technologies in Asia for many years. His analyses are circulated worldwide to thousands in industry, government, and academia. They are reprinted in many journals as well as often quoted in major news media, and he consults and lectures frequently on those topics both in and outside of the region. In 1993, he was awarded the title of "Mr. Asia" by Computerworld.
He was the Asian Chair for Supercomputing 90-94, the International Relations Chair for Supercomputing 95, the originator of the first HPC-Asia’95, held in Taipei, and Chair of the Organizing Committees for subsequent HPC-Asia conferences, held in Seoul, Singapore, Beijing, Australia, Bangalore, Japan, and Singapore, respectively. Dr. Kahaner organized two previous ATIP HPC in China Workshops in the US. He was also the chair of the International Advisory Committee for the most recent HPC-Asia, which was held December 2005 in Beijing.
Dr. Kahaner obtained his PhD in applied mathematics from Stevens Institute of Technology. He spent more than 10 years at Los Alamos National Laboratory, and became responsible for mathematical software and library development as well as applications consulting. At NIST he was responsible for scientific software on both large and small computers. Many of the applications he and his group developed are used in scientific computing centers worldwide, and he has received several national awards for this work. Dr. Kahaner is the author of two well-known books and more than 50 refereed research papers. He has edited a column on scientific applications of computers for the Society of Industrial and Applied Mathematics, and has numerous journal editorial and associate editorial positions in publications ranging from IEEE Micro, IEEE Computer Science and Engineering, the MIT J of Supercomputer Applications, and others. He has had visiting professorships at major universities in the US, Austria, Italy, and Switzerland, where he has taken extensive sabbaticals and still retains significant associations.
Presentations
Birds of a Feather
TOP500 Supercomputers